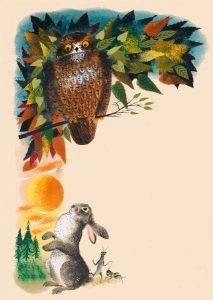 Illustrated Owls: A Who’s Hoo
The Eric Carle Museum of Picture Book Art
December 8, 2018 – April 21, 2019
“Illustrated Owls featured the noble birds as represented by 22 artists whose work is on long-term loan or in The Carle’s permanent collection. Interpretations range from the realistic to the charming.” 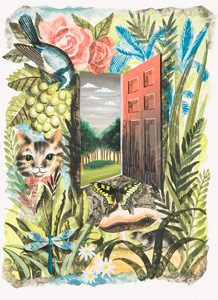 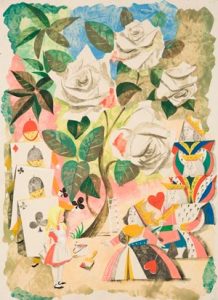 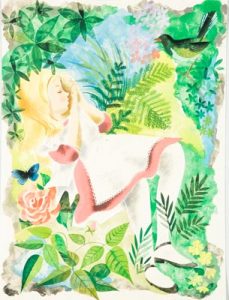 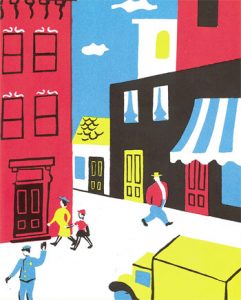 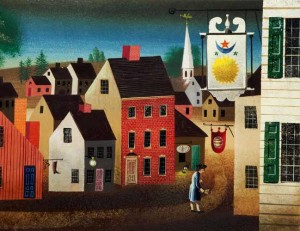 The Eric Carle Museum of Picture Book Art
Magician of the Modern: The Art of Leonard Weisgard
March 8 – June 5, 2016
It was an exhibition celebrating Leonard Weisgard’s centennial. 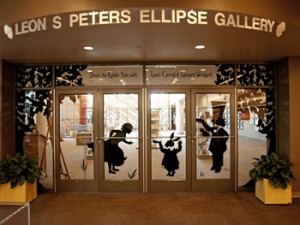 “Down the Rabbit Hole with Lewis Carroll and Leonard Weisgard” September 2011
An exhibition that was held at the Arne Nixon Center for the Study of Children’s Literature. A department of the Henry Madden Library at California State University, Fresno, the Center is one of North America’s leading resources for the study of children’s and young adult literature… Cont.>>

Leonard Weisgard Exhibition Parco Logos Gallery,  Shibuya Tokyo 31 July, 2009
“Vintage Picture Books from Foreign Countries”
This exhibition showcased more than 1000 picture books by famous authors as well as out-of-print works that have long been forgotten.
In addition, around 20 original illustrations by Margaret Wise Brown and Leonard Weisgard were on display. 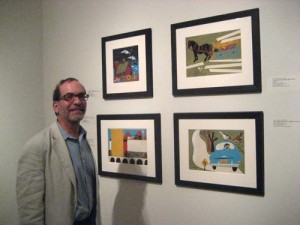 “Leonard Weisgard and Others: An Illustrator’s Journey,” The Thorne Gallery June 2008
with works from the KSC Children’s Literature Festival Gallery Collection and the Thorne’s permanent collection. The Friends of the Thorne  hosted the reception and a lecture by Leonard Marcus, author of the books Beyond the Great Green Room and Golden Legacy. Cont.>>

“Leonard Weisgard A World of Illustration”
On the occasion of The IBBY World Congress in Copenhagen Galleri Guggen presented a special exhibition of Caldecott award-winning children’s book illustrator, Leonard Weisgard. 2008
(IBBY = “International Board on Books for Young People”)