The 2018 Carle Honors were awarded at Guastavino’s in New York City. The thirteenth annual gala and fundraiser.

Leonard Weisgard won the 1947 Caldecott Medal for The Little Island (1946) written by Margaret Wise Brown. Thanks to the generosity of his three children, a large body of his work is in The Carle’s permanent collection and was featured in the exhibition Magician of the Modern: The Art of Leonard Weisgard (March 8 – June 5, 2016).

All proceeds benefit The Carle’s mission to instill a love of art and reading through picture books.

Two of Leonard Weisgard’s illustrations were donated to the auction. 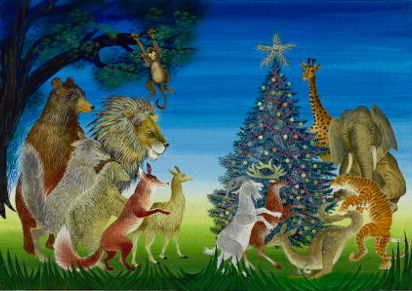