We’ve created this website to share the artwork and achievements of our father Leonard Weisgard, author and illustrator of over 200 children’s books. Enjoy!

We, the children of Phyllis and Leonard Weisgard, are so happy to see a renewed interest in the artwork of our father. His work is being republished to great extent in countries such as Japan, China, Holland, Italy, and America. 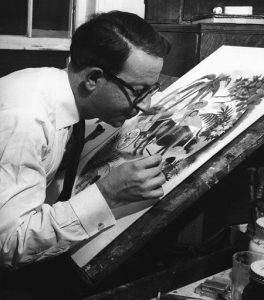 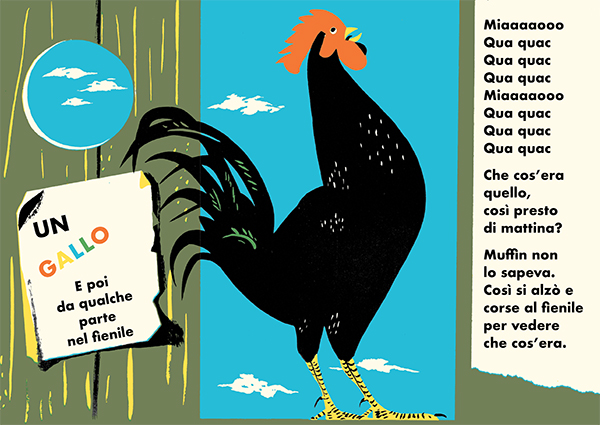 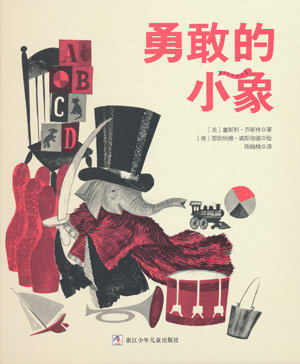 Leonard’s reply to a nine-year-old

Recently we received an e-mail from Kathy Reid:
“Dear Weisgard family,
I was just clearing out a box of old papers when I came across a letter I received in 1964. Clearly it meant a lot to me, both as a nine-year-old child and every time I came across these papers thereafter…”
Leonard Weisgard letter as PDF file 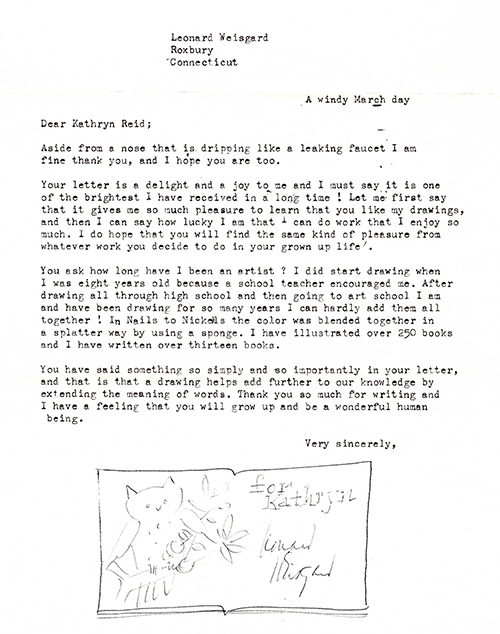 A QUEBEC PETER RABBIT WITH ILLUSTRATIONS BY LEONARD WEISGARD!

The beloved children’s book The Tale of Peter Rabbit, created almost 120 years ago
by Beatrix Potter, is in bookstores now! It is published for the first time in Quebec. This version was translated by Dominique Fortier and published by Le Lièvre de Mars.
Read the article from La Presse in English here>>
or the original article in French here>> 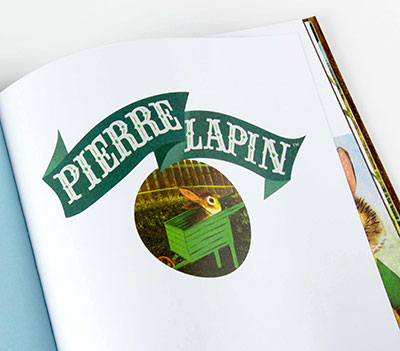 Literary Hub
“20 Artists’ Visions of Alice in Wonderland From the Last 155 Years
Curiouser and Curiouser!”

“It was 155 years ago today, on May 4th, 1865, when Alice tumbled down the rabbit hole. Carroll chose the day because it was Alice Liddell’s birthday (in 1865, she turned 13). Since then, Alice and her compatriots have been reimagined countless times, and inspired creative work of just about every genre. ”
Read more here>> https://lithub.com/20-artists-visions-of-alice-in-wonderland-from-the-last-155-years/ 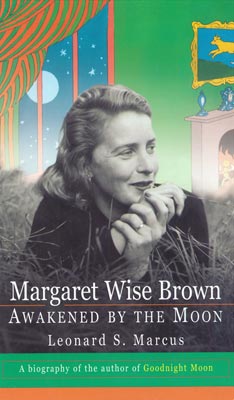 Dial B for Biography: The Case of the Forgotten Photo Shoot by Leonard S. Marcus Author of “Awakened by the Moon”

“You’ve done it!” began Leonard Weisgard’s characteristically warm and encouraging letter to me, written in the spring of 1992 soon after he’d read my just published biography of Margaret Wise Brown. During the ten years I spent writing my book, Leonard had done everything possible to help. He had welcomed me to Denmark and allowed me to interview him for days on end. He and his wife Phyllis had both made it clear that no question was off-limits.  Read full story here>>

The wonderful team at Orecchio Acerbo has published The Important Book in Italien! 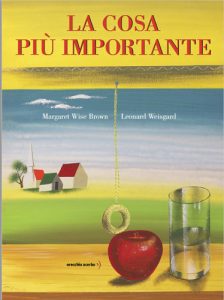 Whale’s Way and Penguin’s Way have been republished by The Bodleian Library!

We are so honoured and excited about these two books republished by The Bodleian Library Oxford University. See them here:   See Penguin’s Way here>>
See Whale’s Way here>>

“Johanna Johnston was a renowned children’s author based in the USA. She also wrote scripts for radio, including for the long-running children’s series Let’s Pretend, as well as children’s stories, retellings of myths and children’s history.
Leonard Weisgard was a Caldecott award-winning illustrator who published over 200 children’s books. After studying illustration in New York he began a successful collaboration with the author Margaret Wise Brown as well as writing books of his own. He also worked with the American Library Association in the field of children’s education” See more at The Bodleian Shop

Brave Baby Elephant by Sesyle Joslin and illustrations by Leonard Weisgard was translated into Italian and has won the Andersen award in Italy for the best children’s book in the category for 0-6 year olds May 2015.
Orecchio Acerbo  2015
Orecchio Acerbo Publishing 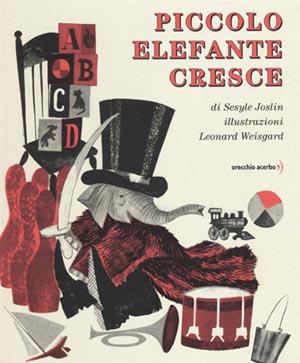 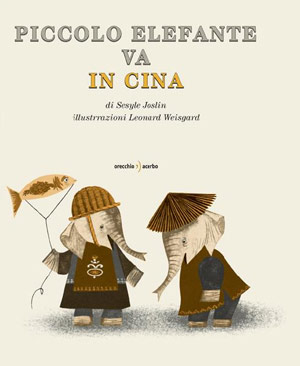 And now Baby Elephant Goes to China is out in Italian!

Harper Collins Children’s Books has republished 2 of The Noisy Books as board books: 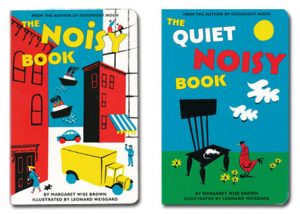 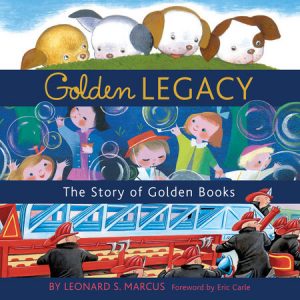 The fascinating history of Little Golden Books, in celebration of their 75th anniversary in 2017! With a Foreword by Eric Carle.
”Leonard Marcus’ Golden Legacy is a lively, never-before-told history of a company, its line of books, the groundbreaking writers and artists who created them, the clever mavericks who marketed and sold them, and the cultural landscape that surrounded them.” (Diane Muldrow, Random House) PenguinRandom House 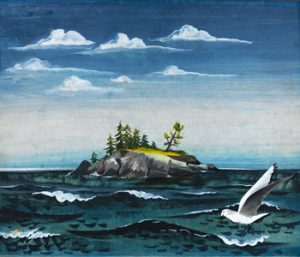 "I saw this island grow tall and squat as the tides rose and fell. I’ve watched the mists blow in and hide the little island, sometimes leaving only the pine tree tops exposed, hanging in space. I rowed to and from the little island with the seals spawning below the surface of the water. I’ve seen the sun rise and make a golden island for just five seconds in an early morning sea."
The Caldecott Acceptance Speech>>

Lot's of reviews for this exciting book. Here are just two of many:
The Guardian
Good Reads

Two of Leonard Weisgard’s illustrations were donated to the auction. See more here>>