The beloved children’s book The Tale of Peter Rabbit, created almost 120 years ago
by Beatrix Potter, has been published for the first time in Quebec. This version,
translated by Dominique Fortier and published by Le Lièvre de Mars, was in
bookstores on June 1st 2020. La Presse tells the story in seven hops.
MARIE ALLARD
LA PRESSE

1. CLASSIC
“Peter Rabbit is a classic among classics,” says the author Nadine Robert, from the
publishing house Le Lièvre de Mars, which specializes in republishing popular works of children’s literature. The English author Beatrix Potter published The Tale of Peter Rabbit in 1901. Two years later, more than 55,000 copies had already been sold.
“Beatrix Potter is someone you should know. She was very important and someone I admire,” says Robert. “Everything she managed to do as a woman at that period was groundbreaking.” 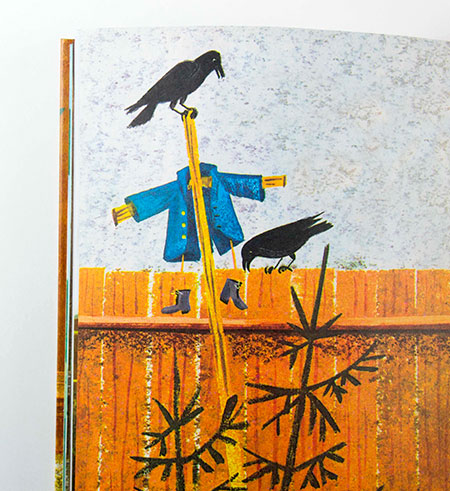 2. ILLUSTRATIONS FROM 1955
A version of Peter Rabbit dating from 1955 – and illustrated by Leonard
Weisgard – is the one that will be coming out. This edition of Beatrix Potter’s tale is
included in 100 Great Children’s Picturebooks, a work published in 2015 by
Martin Salisbury, a professor at Cambridge School of Art. Leonard Weisgard is “one
of the most prolific American illustrators of the 20th century,” according to this work.
“Leonard Weisgard’s work is being admired anew because the dominant trends in
illustrative art today look back to the mid-twentieth century, when he was prolific and influential,” says Martin Salisbury, in an email. “His work exudes a period charm and a kind of innocence that stops just short of excessive sentimentality. The handrendered textures of the magnificently drawn characters share the same spirit as the works of illustrators today, many of whom have gone back to the aesthetic of handrendering.”
This book was in Nadine Robert’s personal library.

3. PLUCKY PETER
Peter Rabbit tells the story of a plucky little rabbit who ventures into Mr. MacGregor’s vegetable garden instead of behaving himself and picking blueberries. Besides encouraging respect for nature and its inhabitants, this tale stresses the importance of obedience, a value more popular in 1901 than today. “That’s true: it’s to show by example what one should not do,” agrees Robert. “The ending makes children think, since poor little Peter is punished. But I still find this story meaningful. And as a publisher, I have a soft spot for characters that are a bit rebellious.”

4. THE QUEBEC VERSION
The Quebec author Dominique Fortier has translated the original text in English. The names of mother rabbit’s children (Peter, Flopsy, Mopsy, and Cottontail), already familiar to many readers, are the same as those in the French version published by Gallimard. The rest of the tale has been adapted to a setting in Quebec (the rabbits have “supper” rather than “dinner”).
The style is different, too. For example, in the French edition, one reads: “But the
sparrows, hearing his sobbing, landed near him and urged him to get hold of
himself.” In the Quebec edition, the sentence reads: “But sparrows heard his sobbing and excitedly flew to him and encourged him to free himself.”

5. TRACKING DOWN THE RIGHTS
The publisher Nadine Robert naively believed that the work of Beatrix Potter, who
died in 1943, was in the public domain. She learned, however, that the trademarks
had been registered in the 1980s, so it would be impossible to publish Peter Rabbit
without authorization.
A long investigation got underway. Robert discovered that the catalog of the original publisher, Grosset & Dunlap, had been acquired by Penguin Random House, so she contacted them. Failing to get a response from this giant publishing house, she tracked down the children of the illustrator Leonard Weisgard (who died in 2000) in
Denmark in 2017. They were able to obtain from the New York offices of Penguin
Random House an official letter ceding the rights to their father’s illustrations. “I then signed an agreement with the Weisgard children to secure the worldwide rights to the illustrations,” recalls Robert.

6. FIGHTING FOR THE TEXT
That left obtaining the agreement of the London division of Penguin Random House
to use the text of Peter Rabbit. “I decided to make the investment. We digitalized the images, did the layout, and sent it to them,” says Robert. “It took persistence. We hassled them until they finally said yes.” Penguin Random House retains the
worldwide rights to the English version of the book, but Nadine Robert can bring it out in other languages. Published in French by Le Lièvre de Mars, the book has already been sold to Russia and Slovenia. Its publication, originally slated for April 1, has been pushed back to June 1 because of COVID-19. A two-month delay is no big deal for Peter (Rabbit) or Nadine (Robert).

7. THE WEISGARD FAMILY’S REACTION
“The whole Weisgard family is absolutely delighted that our father’s version of Peter Rabbit is being republished,” says Abby Weisgard, one of the illustrator’s children, in an email. “I was three years old when the book came out in 1955, but I remember it well,” she recalls. For Weisgard, “Leonard’s version still seems modern – the illustrations are beautiful, bold, and colorful. I would describe them as ‘playful.’ They are touching, without being too sentimental.”

Translated from the French by G. Breunig.